The Ford Focus has been one of the UK’s most popular cars since its initial release in 1998. However, there are many common questions that Focus drivers want to be answered about their car. 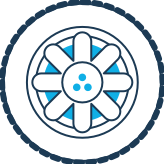 What is the recommended tyre pressure of a Ford Focus?

If you want to find out what the correct tyre pressures are for your Ford Focus, then you should check the car's manual, though there's a helpful label stuck to the doorframe of the driver’s door with the relevant pressure is listed. You may also find the list below helpful:

How to check a Ford Focus tyre pressure?

When it comes to checking the tyre pressures on your Ford Focus, then it's easy to do. The best way is to use a small hand-held gauge since this delivers the most accurate reading. You'll need to place this on the tyre valve. You can also use the gauge on a foot pump and a garage tyre pumping station.

What should I do once I see a tyre pressure warning?

If you see the tyre pressure warning light on your dashboard and it’s amber, accompanied by what feels to be a deflating tyre, check your tyres as soon as possible. An amber warning light may indicate that you have a serious puncture that needs replacing or there is a slow puncture and you should take your car to a garage.

How do I reset a Ford Focus tyre pressure light?

If you have replaced a tyre or had it repaired, but the tyre pressure warning light is still illuminated on your Ford Focus, it may be down to a faulty pressure sensor. It helps that you can manually reset the tyre pressure light and you'll need to access the menu on the dashboard:

·       Scroll down to driver assist and press OK again

The system should then display the stored tyre pressures and the light should go out.

If you reset your tyre pressure light but the issue still persists, contact a Ford Focus puncture repair specialist in your area to diagnose the problem.

What do the warning lights mean on a Ford Focus?

The Ford Focus dashboard lights illuminate when starting the car to show that the various systems are initiating and are being tested. When you turn the ignition key to switch the engine on, these lights will go out. If any remain on, then you'll need to have the problem rectified. It could be a sensor, or it could be something more serious.

The Ford Focus warning lights that you need to pay attention to include:

(H4) Ignition: The ignition warning light may come on while driving and will indicate a malfunction. It may be that the alternator is not charging the battery, or it could be another issue that a professional will be able to diagnose.

(H4) Oil: The oil pressure warning light for the Ford Focus may stay on when you start the vehicle or come on while driving. Again, this is a serious malfunction. You should switch the engine off and check the engine oil levels. Top up if necessary and if the light remains on you need professional assistance.

(H4) Powertrain: The powertrain warning light appears as a red ‘!’ and signifies a fault with the powertrain. This may simply be an issue with the glow plugs, but you need to have your vehicle inspected to ensure it is safe to drive and a diagnostic test will highlight what the exact problem is.

﻿What does a Ford Focus engine warning light mean?

While driving your Ford Focus, you may have the engine warning light become illuminated on the dashboard. This is a serious warning light and if it flashes while you are driving, then you will need to reduce speed and pull over. You will need to avoid excessive speeding and deceleration and take your car to a garage. There are a number of reasons why the engine warning light will appear and while it may be a simple sensor that needs replacing, it could indicate something more serious.

To avoid major potential damage to your engine, use our Ford Focus engine management light specialist page to find the best garage in your area to identify the problem.

How to reset a Ford Focus oil warning light?

Resetting the oil warning light for the Ford Focus is straightforward and this is a step-by-step guide:

When you turn on the ignition afterwards, the oil warning light should be switched off. If the light is still illuminated, then it may be an issue with the sensor, and you'll need to take your car to a garage. 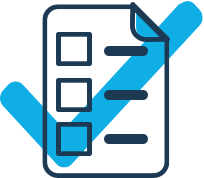 When are Ford Focus service intervals?

For those Ford Focus models made after 2006, the annual service interval was increased to 12,500 miles for both petrol and diesel models. A regular service will ensure that your car works as it should do, and any potential problems are dealt with early on.

However, along with the regular checks and fluid replacements on top-ups, there are specific jobs that will need to be done at specified intervals, including:

12,500 miles: The first major service is due - check the auxiliary drive belt 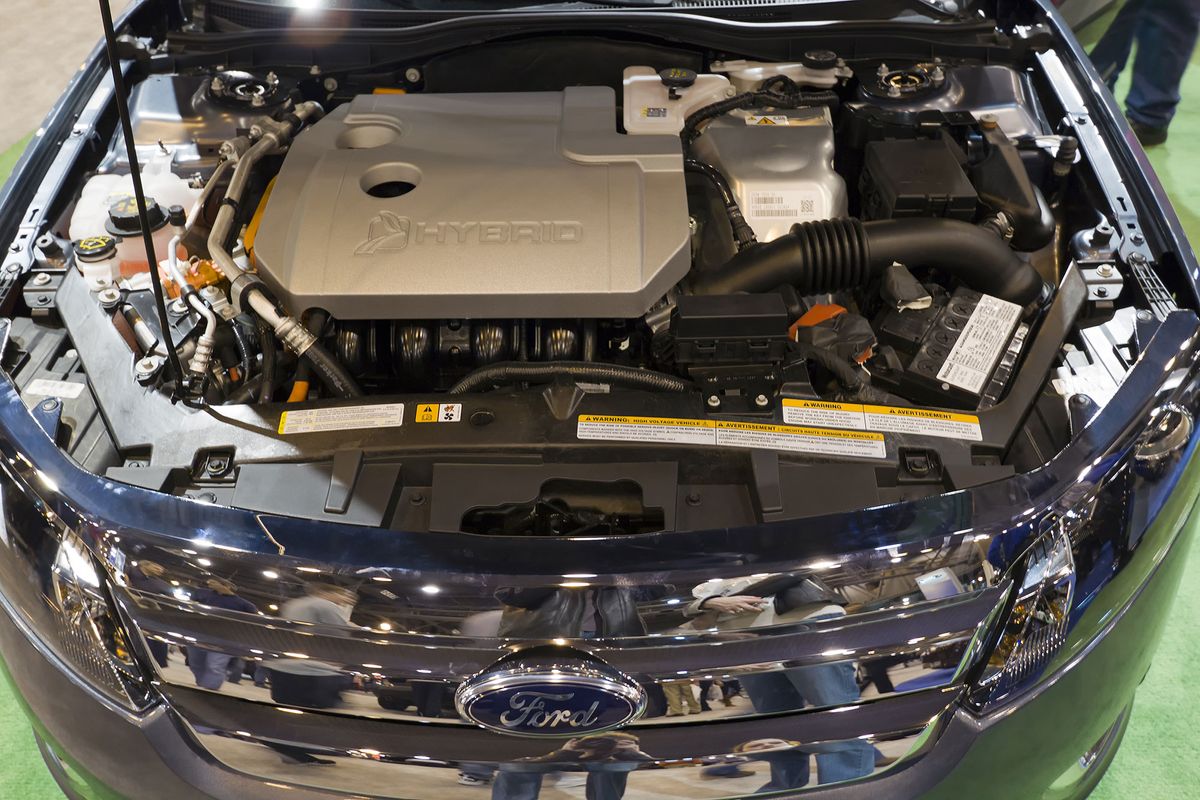 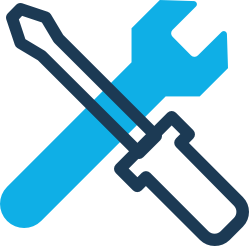 Among the common problems for a Ford Focus, may include:

Dashboard instrument cluster: A common failure will see the lights fail to engage, along with the engine failing to start or cutting out.

Steering motor: For those Ford Focus models built between 2010 and 2015, a common issue is with the steering motor suddenly losing power.

ECU fault: One failing for a 1.8 litre Ford Focus is the engine malfunction warning will appear and put the car into limp mode, so the engine cannot be revved above 2,000 rpm. A diagnostic check will reveal this fault (the fault codes are P0607 or P2110).

It appears that the most common problems for a Ford Focus with an automatic gearbox relate to those with the PowerShift semi-automatic transmission. Among the issues are internal seals that leak oil from the gearbox into the shifting clutches. There are also problems with wear and tear so major internal parts need to be replaced. Drivers may also find the check engine warning light becomes illuminated on a regular basis and there may be loss of power when you begin to accelerate.

Other problems that may be highlighted include:

There were also problems with the automatic gearbox on the Ford Focus models built between 1998 and 2004 usually a damaged crankshaft position sensor, leading to the engine cutting out.

Are clutch problems common on a Ford Focus?

The most popular choice of clutch for the Ford Focus is a manual gearbox and while they can offer many years of sound service, they can be prone to problems too. Among the issues is to check that the gearbox fluid has been changed on every third service, so it operates correctly. One issue is that the clutch may slip so the gears do not engage cleanly and for those who have a PowerShift gearbox, a semi-automatic transmission, then these have several issues that you need to be aware of.

If your Ford Focus should develop one of these problems, contact a clutch repair specialist in your local area to fix the problem and prevent further issues in the future.

What causes a Ford Focus clutch to shudder?

Sometimes the Ford Focus may suffer from clutch shudder, which may be a sign that oil has contaminated the gearbox, and some may find the biting point for the clutch is very low which could be an issue with a master cylinder. Indeed, part of the problem with the clutch is that the hydraulic cylinder rod has become disconnected - you will see lots of fluid leaking from the master cylinder if so.

What’s the noise I can hear coming from my Ford Focus?

One issue reported regularly by Ford Focus owners is a noise that they sometimes hear. Some describe it as an engine rattle while others describe a droning noise. The best way to resolve it is to have a professional identify what the problem might be and then repair or replace the relevant components. Essentially, there could be a wide range of reasons as to what is causing the noise - from the coolant temperature sensor and the inlet air temperature too. 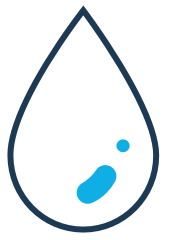 What the best oil to use for a Ford Focus?

When you need to replace the engine oil for your Ford Focus, you should really check the owner’s manual to ensure that you get the correct oil for the model you own. Generally, the petrol engines will use 5W20 oil whereas diesel engines will have 0W-20 oil recommended.

What is the oil capacity for a Ford Focus?

The oil capacity for your engine oil will be detailed in the Ford Focus manual, but generally, for the engines that are 1.4 litres, the capacity is 3.8 litres, while for larger engines, it's either 4.1 litres or 4.3 litres.

What to do if a Ford Focus leaks oil?

The first thing to appreciate if your Ford Focus is leaking oil is that this is indicative of a problem, usually, a sworn or broken seal. However, there could be serious issues if it's a major leak. In that case, you should take your car to a garage or have an expert come to your home to repair it. The place to find the best garage to diagnose the issue is with WhoCanFixMyCar, on our Ford Focus oil change page. 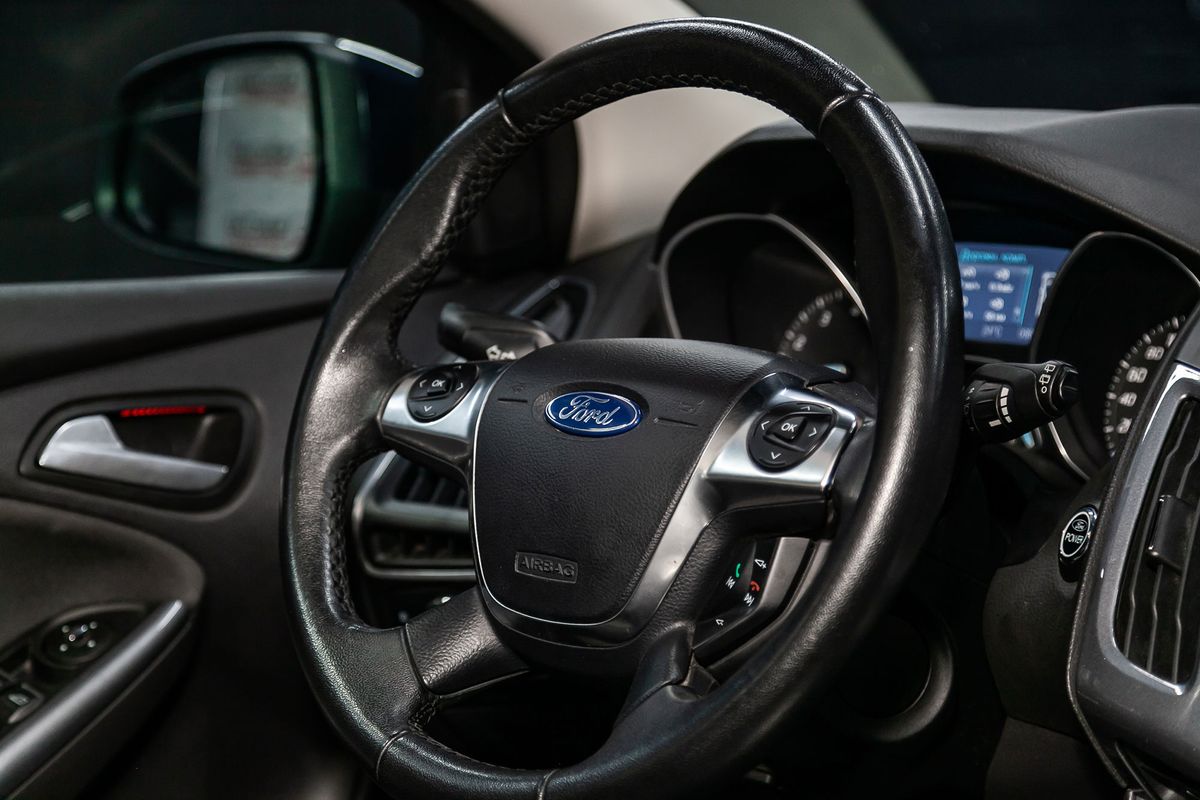 What are the signs that I need a new battery?

The battery for the Ford focus will depend on the model you have and should the battery warning light appear either the battery is not charging, which is potentially an alternator problem, or it's not holding a charge in which case you will need a new battery.

﻿What to do if a Ford Focus battery dies?

Should the battery for your Ford Focus die then you need to replace it, and you can have a specialist come to your place of work or home to carry out the work. Alternatively, you can buy a charged battery and replace it yourself. 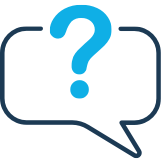 If you need a radio code for your Ford Focus, then this is easy to find out. You will need to turn the radio on and then hold the ‘1’ and ‘6’ preset buttons for up to 3 seconds and the four-digit code will be illustrated on the screen. You'll need to make a note of it for future reference and use your radio once more.